This was sent in by another fan of THSOT. A man is plagued by a Shadow Person near San Antonio, TX

“I had an uncle who had a drinking problem. He would come home almost every night from the bar extremely drunk, and argue with his wife. One night after leaving the bar he got into his vehicle, and as he looked into his rear-view mirror he noticed a black figure (wearing a hat) already sitting in the back seat. Because he already wasn’t in his right mind he didn’t pay much attention to it.

He just pulled out of the parking lot, and made his way home. As he drove, the dark figure kept opening up bottles of alcohol and kept handing them to my uncle every time he’d finish a bottle. My aunt was already in bed when she heard his car pull up into the drive way. The thing that made her jump out of bed is when she heard a loud bang coming from the living-room. 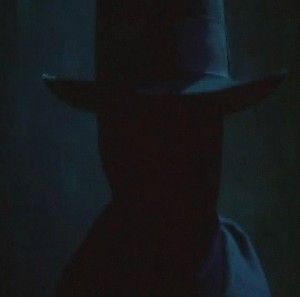 As she made her way towards the living room, turning the lights on as she went, she saw my uncle passed out lying on the floor with a bunch of furniture stacked on top of him. And at the very top was an iron that was plugged in, waiting to fall on his head if he made any sudden movements. The happy ending to this story is that my uncle got so scared that he never got drunk again lol.”