This next story takes place in the city of Alvin, TX in July of 1998.  Check it out. 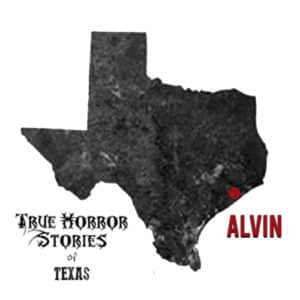 “So back in the day, my older brother used to live in this house next door and I don’t think it was or is haunted now.  I honestly believe that he’s one of those people that are haunted.  He used to tell me that his place was haunted, but I didn’t believe him.  I would just blow him off or chalk it up to his drinking.  One night me and two of my homeboys popped up at his house.  It was about 30 minutes till midnight and it was a hot summer night, I’m talking no breeze that night and me and my homeboys were sober.  It was one of those rare nights with no weed.  So my brother broke out the beer, of course, we said yes.

We started shooting the sh!t and talking crap joking when my brother said,  “When I tell yall to shut up and put your feet on the chairs your sitting in do it!”  So we all said, “Cool.” Well, my brother’s house was on cinder blocks lifted high off the ground and we were sitting on his wooden porch also high off the ground.  All of a sudden, my brother says, “It’s about to be midnight, all of you shut up and put your feet on your chairs.”  So we did.  We were all sitting across from each other leaving a walking path in between us.

Suddenly, you could hear all the dogs barking their butts off coming down the road as if they were watching someone walk up to my brother’s house.  Then we heard footsteps coming up the sidewalk that leads to my brother’s porch, then each step up to the porch and then something walk in between us all while we felt a winter blast of wind go through the center of the path between us!  I mean it got cold as winter in July and all of a sudden it was gone. We could hear it inside the house.  We all just sat in silence and disbelief even though we just witnessed it.  And yes we were all still sober, we were each on like maybe the second beer? But still, me being the skeptic I joked around about it.

Maybe 10 minutes later I went in to get a beer, the whole time talking crap.  When I went to the fridge and bent down to grab a bud that damn ghost rubbed my bald head ( I had a bald fade circa 1998).  So I ran the hell out of there and back onto the porch with the others.  Needless to say, I was a believer then.  After that, I experienced a lot more supernatural and paranormal stuff. Anyway, sorry this story is so long but dammit it’s true. I hope you enjoy this.”- Eddie I

Thank you for sharing your story with us, Eddie.  Have any of you ever experienced anything like this before?  Leave us a comment below.