This is a story that was sent to us via Facebook.

I’m curious who on here has heard of The Devil at Los Arcos. I’ve heard this story many times sometimes from a”friend” of a person who was present that night, and even from a person who claimed to be a witness to the unexpected visitor that night. Either way, the story goes like this.

On a hot, West Texas night, a dance was in full swing at the well known Los Arco’s Ballroom. As Norteno music played loud enough to be heard several blocks away, the crowded dance hall moved with couples both young and old . The smell of beer and liquor swelled, reaching out beyond the walls like a haze above the building. 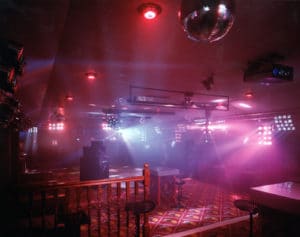 Inside, the ballroom was dimly lit with only the colored lights on stage and a yellow hue of the bar that gave little light to the people inside . This particular night was extremely busy. A favored band was playing and the crowded dance floor left little room for movement. Sometime, during the music and movement, a stranger appears. No one claims to have seen him walk in but only that he was suddenly there. The people begin to ask; who is this man? He is not from here, some guessed he was from a neighboring town others assumed he was was simply a new resident to the oil boom town. 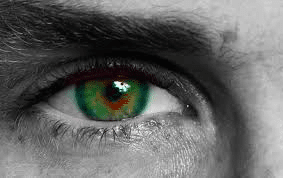 All the women swooned at this man . Dressed in black, his tall muscular build and green eyes caught the gaze of everyone he passed by. He chose the most beautiful women to dance with and moved them around the dance floor as if it were cleared just for them. It was as if he sucked all the oxygen from the room and the music seemed to play slower and deeper. After several songs, one of the young woman the visitor danced with, was in need of a break. She asked the stranger if she could have a drink. He complies and leads her to the bar. 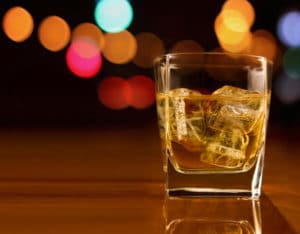 As they chat and wait for service, the young woman glances down to straighten her skirt and notices through the dim and smokey light, what appears to be a chicken’s leg and goat’s hoof which was clearly visible coming from underneath the visitors pants. She screams . The sound of her scream seems to pierce the sound of the ballroom. She screams again, and this time pointing directly to the strangers feet. The visitor seems amused, not at all afraid or even surprised. As he laughs and turns to move towards the exit, the crowd moves away from him now making it very visible that this was no man. 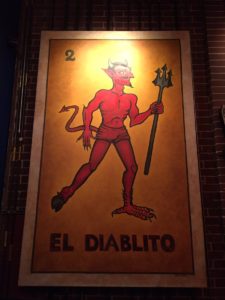 Many people see the chicken and goat’s foot and start to yell, “El Diablo!” He runs out of the ballroom laughing and the people outside turn to see a man fleeing from the dance . They watch in horror as he begins jumping on the cars like a wild animal; his hoof denting each car he lands on. They watch until he disappears into the night with the sound of his laughter vanishing into the darkness.

Thank you for this story Sarai Morales