If anyone from the Rio Grande Valley remembers El Centro Mall in Pharr, Texas, you will remember its good ole days, but as the mall got older it did become a bit creepy to be in there. As tenants left, the mall became more and more lonely, but haunted? For those of you who don’t know where El Centro Mall was, it’s where Main Event, Academy and the movie theater are now in Pharr. If anyone has ever had an encounter there, we would like to here about it.

The following story was submitted by Jose

“This story was told to me by my dad. First of all my dad is a skeptical person and he never tells a lie so I don’t think this is a made up story. 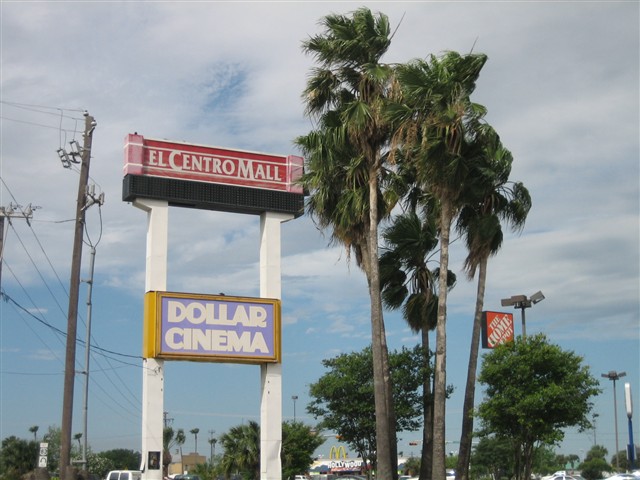 Years back, way before new businesses and buildings were built where El Centro Mall was demolished, my dad used to work night shift as a custodian there. Him and another co-worker used to clean the stores at night. One night while my dad was working and around 10pm, the mall was closed and was completely deserted except for my dad and the other worker. He decided to take a short coffee break so he went and looked for his co-worker so they could go together for the coffee break. It happened that his co-worker was working at the other end of the mall .

So as my dad was walking his way over there through the glass reflection he saw a lady going the opposite way and he swears he also heard the lady’s high heels echoing on the quiet floor. My dad says he glanced around to try and greet the lady to tell her it wasn’t shopping hours and she wasn’t to be inside since the mall was closed to the public. But as he turned around he didn’t see the lady there anymore but when he glanced back at the glass window her reflection was there. She was standing still and my dad got the cold chills running down his back. He quickly paced to go find his co-worker.

When they both got together my dad was shocked at what he experienced and after his co-worker’s many attempts of asking my dad if there was something wrong my dad finally gave in and told him what he saw. His co-worker’s reaction was not surprised, instead he said to my dad that he wasn’t the first person to actually see that phantom lady. A couple of other workers saw the phantom too. So my dad asked him who she was and he told my dad the story.

It dated back to the 60’s before the mall was even built. In it’s place used to be a ladies bar. One night back then a lady got murdered real ugly by a serial killer that happened to be here at the time. The lady was drinking but before she died she left a grudge. She swore to come back to get the killer. So since the mall got torn down maybe she will be in peace but who knows.”

What do you think? Does the Phantom Lady of El Centro Mall Still Exist? If you have experienced something like this before, comment below.