This story was submitted by O.R.

This story takes place at night, just outside Lyford, TX on FM 498. I was in my early twenties, and a group of friends and I drove out to a canal that we sometimes fished at. Upon arrival my friend parked his car on the concrete bridge, and we all got out. We were hanging out, listening to music, just killing time, talking about this and that. As my friends were talking, I looked down stream of the canal and could see the lights of a cars driving on US 77 as they sped by. 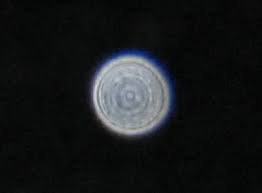 As I continued to look, I noticed a small orb of light that flashed on and off, on the left bank of the canal a good distance away. I didn’t think anything of it, I thought it was a firefly. My friends continued talking and I joined the conversation. A few minutes passed and I glanced downstream again to see that the flashing orb was now headed in our direction following the bank. It would flash brightly, and then turn off and flash back on but several feet closer. This repeated itself a few times, and then a alarm when off inside me.

When watching paranormal shows on TV, they always capture pictures of spirit orbs. A feeling of horror and terror struck me and I opened the DRIVER door of my friends car to jump into the front passenger seat. I began yelling at my friends to get in the car. Thankfully they listened, and we drove a short distance down the dirt road leading away from the bridge/canal. One of my friends demanded the driver stop the car and find out what had scared me.

I told my friend my what I saw and he didn’t believe me, and got out of the car. A few seconds later, that same friend hopped back in and began screaming at the driver to roll up his windows. It was at that moment that something hit the back of the car causing it to rock. My friend turned on the car and we sped out of there.

Once a safe distance, I asked my friend what he had saw, and he said that looking back at the bridge he saw a dark shadow. The hair on the back of my neck just stood up while I typed this, even after so many years. This is a true story, on everything I love. Thanks for reading.