My mom told me this story when I was little and it has always stuck with me. The story is about the Valley Baptist Medical Center in Harlingen. There used to be a nurse who worked there, she had been there for many years. One day she became very ill and passed away in the hospital. It’s said that she now haunts a certain part of the hospital every night. The hauntings were so common and people were so frightened by it that they had to close off a certain section of the hospital permanently.

The legend says that if a person would be using the elevator at night in that certain section of the hospital, the ghost nurse would appear and would wave her hand, as for you to follow her. So as the person follows, she leads the person to get on the elevator. What I’ve heard, she takes them down to the basement, where all the dead people are located. Once they are both there, she disappears and leaves them stuck in the basement.. How scary!

Sent in by Nataly Dealmas 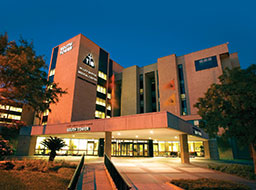