A woman in Pharr,TX writes in a story about the legendary “Lechusa”

“Years ago when i was young, my mother told me a story of the Lechusa (witch owls).

When my mom was a child back in the late 60’s she said a neighbor a few houses down was sick. The lady down the street was pretty much in bed all day so her husband stayed home caring for her. People from the neighborhood including the lady’s husband would always see a Lechusa flying around the house but mainly at night.

One night, the owl stood at their front porch and he went to grab his pistol. They said he cussed it out, calling it every bad name he could think of. The Lechusa opened its wings and flew at him. His reaction was to shoot quickly and the Lechusa went down, got back up, only to fly away. People from the neighborhood ran out to see what was going on including my mother. She said he was frantic and also screaming that he shot “La Lechusa.”

He showed everyone where it fell and people had seen light spots of blood. He went back inside to check on his wife, but had seen her window open, with blood on the floor, and on her bed. He and neighbors quickly started checking the room top to bottom.

He went to check on her and saw she had a bullet wound on her arm. “People in their neighborhood had suspicions about her”, my mother had said. She also said the man’s ex fiancé would tell everyone who would listen that “ella es un bruja yo sé que ella hace la brujería porque todos su enimigos.. Cain enfermos! ( She’s a witch and i know she does witchcraft because all her enemies randomly fall ill!)” 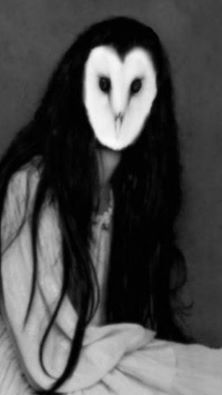 So word spread and people started spreading dirty laundry on the man’s past. Men from a local bar said his wife “la bruja” caught him with his ex fiancé in the bar drinking together, and that was the cause of her flying around their house… She was taunting him.”

My mother said soon after they left their home and moved to mexico.

People have their beliefs and mine is “If people can believe in God but not see him, then i can too believe in something as La Lechusa”