“This story is in relation to the “slender-limbed shadow creature.” I have been seeing this creature for about 7 months now. I have seen it about 10 times over this time period. When I see it, it is only there for a split second. I will make eye contact with the creature and when I blink it will vanish. It’s always been darkish when I see it, but usually I am the only one who sees it.

I honestly began to think I was going crazy, until one night two pals of mine where riding in a golf cart on the outside of a church camp we work at. Bill was driving, I was in the middle and James was on the passenger side. As we cruised along, we drove by an old pathway and I requested that we turn and went down it. My friend, Bill, turned around and drove down the pathway. 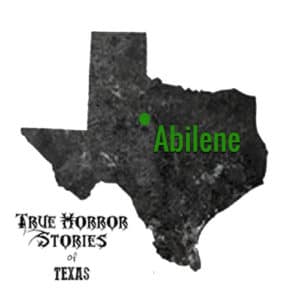 It was maybe 8:15 so it was kinda dark around Abilene, TX. Only one light on the cart so I had my phone in my hand to compensate for the missing light. The shape of the road was kind of like a “P.”  As we went along the long side of the “P” to our left is where I saw it. Never seen it this close before. It was the size of a large man and it was as black at night. I said, “what the heck is that?” I had the light from my phone directly on it. 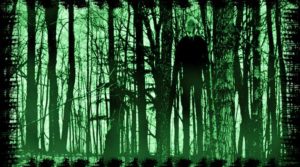 Bill immediately turns the cart around and drives off as fast as he can. James is in the cart as well on the far side where we saw the creature. He noticed that I was pale as a piece of paper. He asked what we saw and bill explained exactly the same as what I saw. James never saw it. I became curious so I looked it up. What I typed exactly was “man with dogs body/ demon” and the slender-limbed shadow creature showed up. It was almost exactly like what we seen. Although no one believes us we know what we saw and will never forget it.” – Samuel R.

Thanks for your story, Samuel.  Have any of you seen anything like this?  Leave us a comment below.