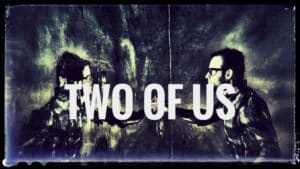 “Back in 2009, I went to visit my sister in Pascagoula, Mississippi.  I spent a whole week over there.  All week long we went to visit casinos, beaches, and a lot of beautiful scenic parks.  I used my cellphone to take pictures of the beautiful views and it was one of those places that I dropped my cellphone by accident and damaged it.  So after cursing back and forth I borrowed my sister’s cellphone to call the phone company and ask for a replacement.  After a few chit-chats, we finally came to an agreement with the cellphone company and they decided to deliver a replacement cellphone to my hometown of Mcallen, TX.  So in the meantime, I was without a cellphone.

On the day of returning home, I arrived and my sister dropped me at the bus station to go buy a ticket for my return home.  After purchasing the tickets I had to wait for the bus to arrive.  The first bus trip was from Mississippi to Mobile, Alabama to Louisiana. The trip was in 2 hours.  I hated to wait seated for 2 hours before boarding the next bus.  After 20 minutes of being seated and bored because I had no cellphone to play at least games, I decided to go get something to eat at a burger stand.  After enjoying a delicious meal I stepped into the bus station’s restroom to wash my hands and that’s when my experience started.

As I was washing my hands I glanced through the restroom mirror because a man entered the restroom and my eyes couldn’t deceive what I saw.  There standing at the door was a man with the same features.  A man resembling me.  Another version of me.  Thinking it was my mirror reflection, but impossible because my other “me” was wearing different clothing.   I remember I was wearing a yellow t-shirt with a winter black jacket cause it was still cold.  And the other me was wearing a green button long-sleeved shirt.  Also, he was so shocked that we both stood frozen for a couple of minutes trying to realize everything was real.

So after a couple of moments of being frozen in amazement, I decided to break the ice and started to talk.  I said, “Hi, who are you?” To where he said the same thing, “Who are you?”  We had the same voice. It was as if our voices echoed in the confined restroom space.  So I ask his name and I remember him telling me still in shock, “Itzar Olaguibel”.  So, he also asked me for my name and I told him my name was Jose Cantu. He assumed I was of Hispanic heritage.  So he said he was Anglo Saxon.

I assumed he didn’t speak any Spanish.  So when we shook hands after introducing ourselves, when we made skin contact, I felt an electric sensation all over my body.  After both coming out of the restroom, we started to chat in disbelief that we had just met each other’s double.  I started to ask him a lot of questions about his descendants and all that stuff.  He told me he lived in Maine and came to visit some friends in Alabama.  I wanted to take a photo so I could have proof, but we had no cell phone. Not even him.  So we exchange information so we could meet at a future date.  After chit-chatting a while we said goodbye with a big hug cause his bus arrived and he departed.  I still stayed there waiting for my bus to arrive.  I couldn’t come out of shock thinking maybe I must have dozed off and dreamed the whole thing, but I had his information on a piece of paper with his number and once I got home I was to call him.

Also, a black man approached me and ask me if he was my twin brother because he said, “Dammmmn you guys look very alike.” I said that I had just run into my double and he walked away in amazement.  Finally, my bus arrived and boarded it so on my way home I reached into my pocket to take a look at the piece of paper and to my bad luck, it was gone.  So I started to throw a fit cursing back and forth.  How could I have lost such an important thing?   When I arrived home I told my parents about the experience I had, but they had a hard time believing me.  I ask my mom if she didn’t remember seeing two babies when I was born and she said she was conscious the whole time she was giving birth to me.  So after many years, I wonder if I’ll ever see my double again.  Shame on me, how could I have lost that important piece of paper?” -Jose C.