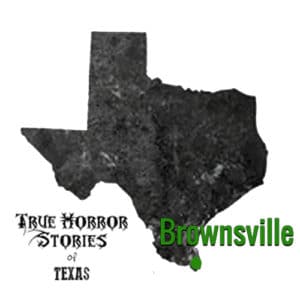 “When I was about 5 y/o that I remember we used to live by the Brownsville Herald there was a man who would always be drinking. He would drink from the beginning hours till late hours as almost the next day u could say. 24/7 the man used to live in a small shack house behind our house. And one stormy night late around the dead time (3:15 am) we were asleep and I think one of my brothers told my mom that the shack behind our house was on fire. And we all got to the back where the drunk man was it seems to be he was arguing with someone in the shack cause as I remember we could feel the heat of the flames burning the old frame shack the drunk man was telling my mom and my brothers with a drunken starry glare in his face .

As everyone was yelling and trying to stop him from going into the burning shack. He looked and smiled with a grin on his face of how drunk he was. The smell of alcohol in all his clothes the furniture or what little he had and his breath of a heavily intoxicated man. Stumbling unable to stand straight he went inside the burning shack.

We all couldn’t believe our eyes but we all lived that diabolical event that was hard to erase out of our mind seeing how the coat that was burning was moving as if it was inviting our old drunk friend to join it. When the drunk man went into the burning shack he started yelling as he was on fire. Then howling noises and growling sounds were heard like if a big wolf or something was lurking behind the tall grassy fields that led to a near railroad track that divided our house from the warehouse next to the Brownsville herald. Now as a married man with my wife and daughter I tell this story to my wife and explain the details of that night I still have the image of our friend burning alive. And yelling in the devastating fire.

When the fire Brownsville fire dept finally put out the fire they had indeed found the burned body of our old friend. It was so sad to me because that man was the husband of one of my aunt’s daughters and father to my cousins who 2 of the boys became drunks like him. He was a good old man. Now that house where I used to live is now gone completely and so was the shack behind our house but till this day I heard rumors that the soul of the drunk man still wonders in that lot even though its empty. That paranormal activity comes to life in the dead hours from that horrific fire that took place.” -Rudy