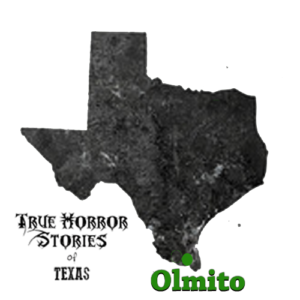 “So, when I was young and lived in the South Texas (Olmito), I had so many problems. I did not get along with my dad and his wife. We all heard she was into brujeria (witchcraft). I remember that I had an argument with her and she said that I was going to regret talking to her like I did.

I am not one to be afraid of stuff like that, anyways, I went back home and it was a cold December night. I was sleeping and all of a sudden, I was startled by loud knocks on the front door. It was 3 AM. My room was towards the back of the house, I was surprised my mom didn’t hear the knocks.

I got up and headed to the door. Then I asked, “who is it?” No one answered, but proceeded to knock again louder. I was getting mad, so I cursed in Spanish, then the door started to shake as if it wanted to come in. Then all of a sudden, I hear whistles and shrieks that made my skin crawl. I heard some evil cackling laughter like if that thing was making fun of me!!

I started to pray the little prayers that I did know and the thing was getting mad. I heard it flapping as if it was trying to fly away. The dining room window did not have a curtain and I saw it fly away to my uncles yard. In the back of his property, he has a light post and I saw it on the light post. It was a huge bird-like creature human size.

It looked to be covered in brown fur and I could tell it was a female because it had female breasts. I saw as if it was eating something because it had hands, but it’s arms had skin flaps that allowed it to fly. I was spying on it from the kitchen window with the lights off. I guess my mom heard me and got up to see what i was doing.

I told her not to talk because it would hear us. My mom could not believe what she saw. I felt scared, but then I remembered my dad’s wife’s threat and it gave me more courage to be brave. I went back to bed and in the morning I asked my mom and she said she didn’t know what I was talking about.

I know she was doing it so I can forget about it. I know what I saw. I headed to the store in the morning, and I saw 3 dead cats on the side of the road close to each other with their eyes missing. After that, I told my uncle what I saw and we headed to the light post and we could see blood spots.

He was really surprised and scared I guess. Till this day, I am not scared anymore. I know there is a shadow that looks at me at my home where I live, but I don’t let it hurt me or intimidate me either.” -Eddie