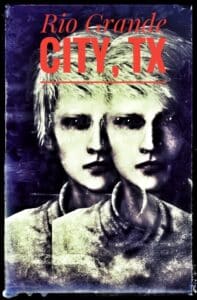 “This is one of many incidents that occurred throughout our childhood moments while living in the Valley.  It’s been hard for me and our family to hold on to these stories and moments that still haunt us.  Mainly because we strongly believe it had a lot to do with our Father’s Passing.   Around 2008 & 2010 were the first of many happenings that startled our household for many days to come.

From hearing voices late at night outside our sister’s window, to weekly basis seeing death roaming by the corner of our eyes late at night around our property.  As if death was waiting for something to take.  The story as I recall started off as a normal summer afternoon and was clear as daylight.  I remember I was blocks away from my house en La Rosita, Texas.  Down south by Rio Grande City, which was exactly where we lived.

Gathered around my friends like every other child growing up, we would get together before summer began to see what was expected to do for fun.  We were the true definition of the outside kid’s generation; we weren’t worried about Fortnite, Facebook, or streaming.  It was all about having fun outside and making good memories with each other and making the days count as much as we could.  But joy would eventually take a complete turn throughout this story that haunted us forever.  One day while my friends and I were still deciding what our plans were going to be for the summer, blocks away my younger sister was at home helping my mother with laundry.

Our family was still old-fashioned when it came to drying clothes; the whole vintage wood hangers were still popular in our household which made it kind of exhausting at times when being asked to hang everything outside for it to dry.  So taking that in mind this time around my mother had requested my younger sister to go outside and hang the last batch of laundry she had pulled out recently from the washer.  As she made her way outside towards the hangers with both batches of heavy cloths, she began to hang them one by one.

As she is constantly moving left to right hanging each shirt, she is awkwardly surprised by what comes next… As she is setting up her next shirt to hang she looks straight in front of her and sees “me” just simply standing there from my shoulders up without saying one word.   At first, she personally thought I was there to prank her or even scare her as she had stated.  So she continued to joke around with whoever was taking my form in front of her.  Until she got the sudden feeling that whoever she was talking to wasn’t me.

She stated that this “thing” was just standing there and all she remembers was an evil smirk and he was just speechless.  My sister then threatens the evil doppelganger thinking it’s actually me and goes running back inside crying, frightened.  She starts explaining to our Mom what she had experienced and felt that I was being a jerk to her.  While all this was happening keep in mind I was nowhere near our house and I was surrounded by the majority of my friends…… That’s when I get the call.  I see the name and it’s my mother calling.

At this point I’m thinking to myself, shit I probably didn’t do my bed or something but clearly it was worst than that.  She quickly starts asking me where I’m at and by the sound of her tone and my sister crying in the background, I knew something big had happened.  So I quickly reply, “I’m at Franks is everything okay?”  Which she replied by saying, “That’s impossible, Mijo, your sister just claimed that you were scaring her a few minutes ago outside.”  Right when she said that I had the creepiest feeling in the world, it had me frozen for seconds.  The thought of me being nowhere near my house was just creepy.  I told my mother I was headed there right away and hung up.  My friends quickly asked what was wrong, but I didn’t want to spoil anything yet, just to see their reactions.

After a few minutes of riding our bikes back to my house, we went straight inside to see what truly happened.  That’s when the story truly came to life, especially coming from my own sister in tears.  Everyone was shocked and creeped out after what they had heard; the same 6 friends I had arrived with were the same friends I was with when the incident occurred, which was shocking to them.  Between confused and scared they only had one thing to say to my mom.  Which was basically, “That wasn’t your son, he was with us.” -Hugo