“This incident occurred in August of 2016 in Palacios, TX, a tiny seaside town located on the Gulf Coast about 90 minutes south of Houston. 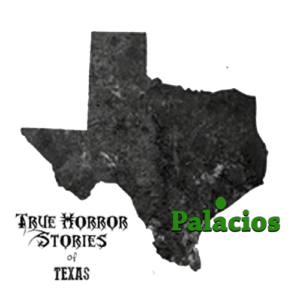 J, a 56-year-old man, was sitting in a chair in front of his home at about 5:30 am having a cigarette and a cup of coffee.  J is a level headed person, doesn’t spook easily and doesn’t buy into any of the paranormal hype that’s so popular today.  He feels there is an explanation for everything.  Or, at least he did.

After a few minutes he began to feel uneasy, but couldn’t figure out why because there was nothing about the morning to feel uneasy about.   It finally dawned on him that he felt like he was being watched.  He glanced around but there was nobody there, and then he saw it.  Hanging on the light pole across the street was what could only be described as a Thing. 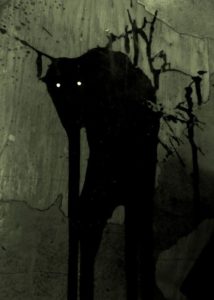 The Thing was black and its body was about the size of a large dog.  It was the arms and legs, if they WERE arms and legs, that looked as though they belonged to an entirely different creature.  They were long and skinny.  VERY long and skinny.  So long were the legs that it was standing on the ground the creature would have been close to 6 feet tall.  The arms were as long and skinny as the legs were.   It was unlike anything that J had ever seen in his life.

It turned to look at J, or at least he FELT it look at him, but there was no face to speak of.  But even with the absence of a face J said you could just feel the Thing make eye contact with you.  After J and the creature looked at each other, J said that the Thing began to behave as though it had messed up by allowing itself to be seen, like J had seen something that he wasn’t meant to see.

At that point, the Thing went up the pole using a hand over hand motion, with its feet flat against the pole.  Its limbs weren’t wrapped around the pole, it simply walked up the side.  When it got about 3/4 of the way up the pole it simply wasn’t there any more, like it had stepped off into some sort of portal.

When it got to be full daylight, J and his wife took a walk across the street to see if there were any type of claw marks on the pole from the creature climbing, but to their shock the pole was made of smooth aluminum.  J and his wife keep looking for it but almost a year later nothing else has been seen.” -Ghyllie